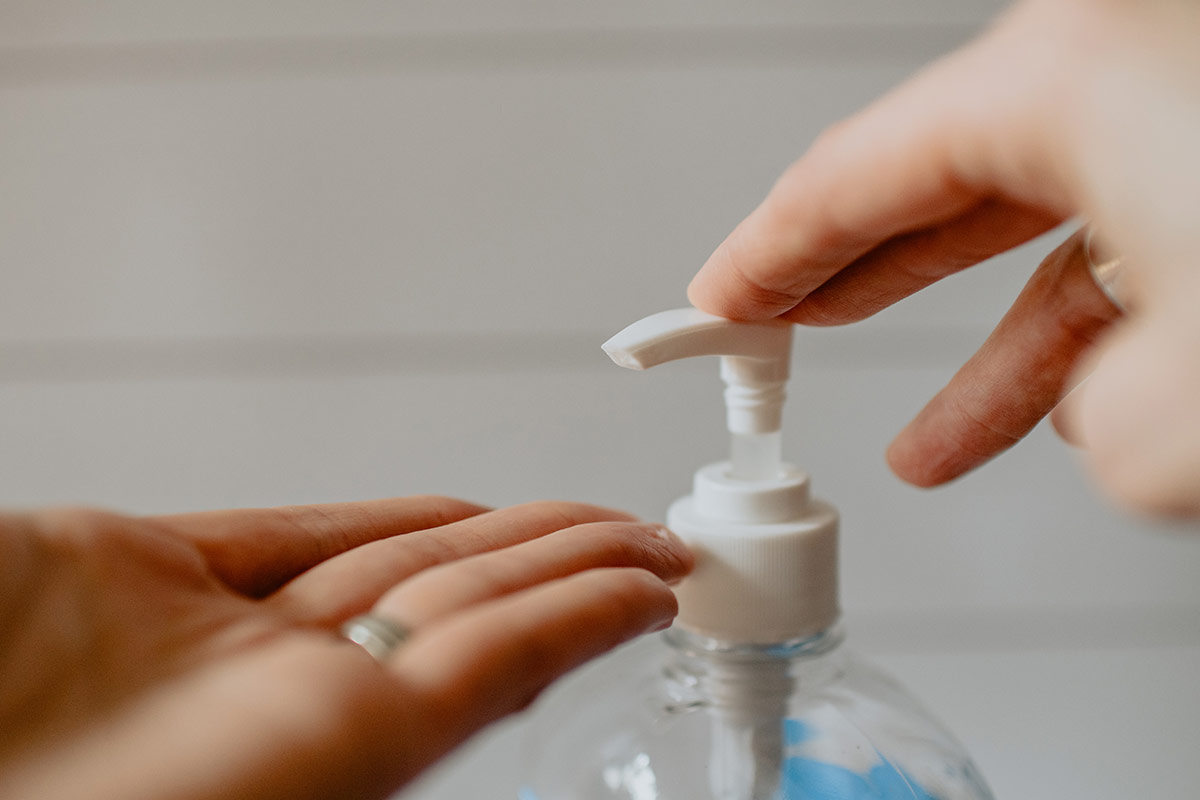 Important Announcement from Pointguard Management to our Communities:

We want to thank all residents for their continued patience as we monitor what is going on during this time. Pointguard Management is working with our local health departments and trying to stay aware of the changing guidelines being suggested. We feel at this time we should take a step back and put some stricter guidelines in place to help protect our staff and our residents.

Effective June 29, 2020, we are closing our clubhouses. We ask that residents schedule appointments with their managers versus just walking down to the office. We are allowing tours to new tenants by appointments only.

We are allowing all outdoor amenities to be used, but we will have certain guidelines in place. Our priority is always our residents first, so at this time we will continue not allowing any guests to use any of our amenities. Here are a few more guidelines going forward:

Pools: We will allow tenants to use the pools. We have placed chairs 6 feet apart and ask that they stay this way.

Hot Tubs: If the property you live at has a hot tub, only one family is allowed access at a time, and for no longer than 20 minutes at a time.

Outdoor Sports Areas/Playgrounds/Grilling Areas: We are asking Tenants to police these items themselves. State and Local guidelines are suggesting everyone practice social distancing, so please take that in mind while using the outdoor areas. Managers will step in if it gets out of hand.

We will not allow any tenant events or allow anyone to reserve the clubhouses at this time.

Our staff will continue their regular hours posted, please reach out to them via phone or email if you have any questions. As always, work orders can be placed in the drop box, or emailed to your property manager. If you would like for us to not enter your apartment during this time, you may place the work order and request for a later date for the work to be completed. 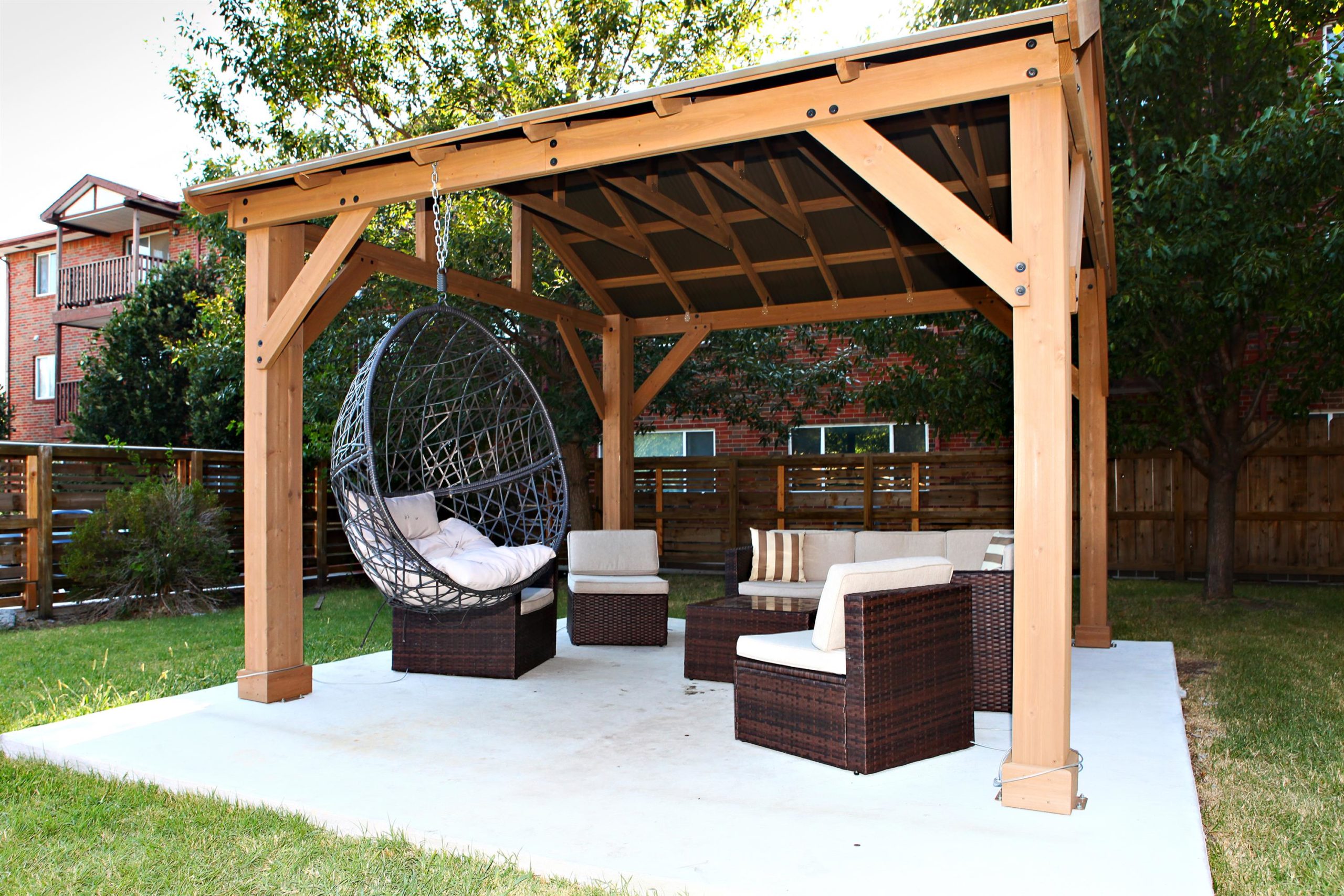 What Is an Application Deposit?

When a potential tenant submits an application for rent, but ultimately decides they no longer want to rent the apartment, it holds up the rental process. Because the landlord or property manager believes that this unit will be rented out, it can cost them other potential tenants that could have applied to rent the apartment. The application deposit essentially holds the property for you in exchange for a payment. It temporarily takes that specific apartment off of the rental market, so it’s held for you while your application is pending approval (fingers crossed)!

These are both deposits, yes, but they are completely different. When you pay a security deposit, there is a lease in play. What I mean by that is that you only pay a security deposit after your application has been approved and you are signing a lease to rent the apartment. A security deposit is refundable, and it can be used to cover any potential damages done to the apartment by a tenant throughout their lease. The remainder of the security deposit will be returned to the tenant. If no damages are found in the apartment, then you get the entire deposit back. Though this isn’t super common, it’s possible! A security deposit ranges from $100 to the cost of one month’s rent. It can, however, cost even more than that depending on the results of your background and credit check.

How Much Is an Application Deposit?

Is an Application Deposit Refundable? 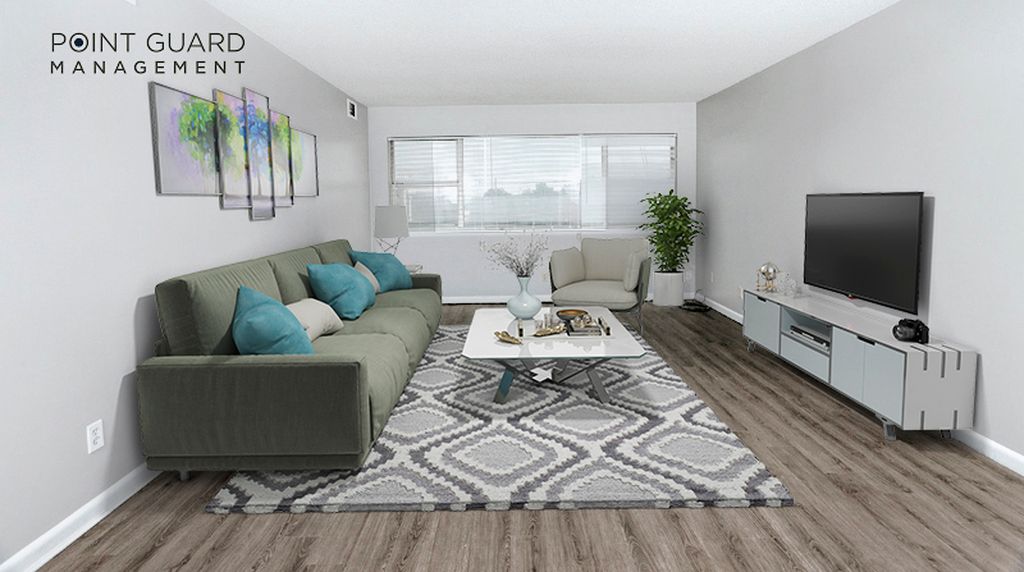 A studio apartment, contrary to popular belief, isn’t determined by size. Although the average size of a studio apartment in the United States is about 600 square feet, what really makes a studio a studio are the rooms — or, rather, the room. Everything is in one open space: living room, bedroom, and kitchen. You’ll have a separate bathroom and maybe a closet, but that’s basically it.

Some studio apartments have a small section that branches off from the main living area. This layout is called an alcove studio or an L-shaped studio. The section could be used as a dining area or bedroom, especially if you use a privacy screen or curtains to block the area off from the rest of the apartment.

Not every studio is the same. You’ll find a variety of floor plan styles when searching for studio apartments. While some may have an alcove, others might have a loft or other unique features. When looking at apartment floor plans, you’ll want to have a general idea of how large the space is. Since studio apartments are typically 500-600 square feet, you can think back to your high school classroom — it was roughly the same size. The last time you went out of town and booked a standard hotel room, that space was about 400 square feet. So, imagine a space somewhere between the average hotel room and your high school classroom (minus the bubble-gum-adorned desks, of course).

Some studio floor plans might have half walls or built-in bookcases to help divide the spaces. Studio apartments may also have high ceilings, which can give the space a roomier feel. You may also notice more windows or taller windows in studio apartments, especially lofts. The windows let in natural light and open the space, making it feel larger.

Benefits of Renting a Studio

There are reasons why studio apartments are so popular. They’re often less expensive than larger apartments (price is typically per square foot, so the smaller the space, the cheaper the rent). A smaller space means there’s less to heat or cool, saving on your air conditioning and heating costs. Since you can’t fit a lot of extra stuff in a studio, you might purchase fewer items, which saves money. It’s a breeze to clean a studio, which should only take about 20 minutes or so. Out-of-town visitors will probably choose to stay at a hotel rather than stay in your apartment-built-for-one, so you won’t have to deal with overnight guests too often. There’s also no denying the “cool” factor of living in a studio, especially if it’s in the heart of the city, it’s a loft space, or it has modern finishes.

Limitations of Renting a Studio

There are also some limitations to consider when moving to a studio apartment. Sharing a small space could pose some challenges since there isn’t a separate area when you need a quiet place to work or study, and privacy is limited. Since you have, on average, 600 square feet of living space, things tend to be rather compact. Having more than a friend or two over at a time will be a challenge, and you likely won’t want to host a large dinner party. Speaking of dinner parties, let’s explore studio kitchens.

While many studio apartments offer full-size appliances, they don’t have dedicated kitchens. The most common design is the one-wall kitchen, sometimes referred to as a “Pullman kitchen.” The cabinets and appliances are lined up along one wall. In larger studios, you might also find an island, giving the kitchen a little more counter and storage space.

Some studios might have an “L” shaped kitchen. This style fits neatly in a corner, extending along two adjoining perpendicular walls. This layout keeps foot traffic through the kitchen at a minimum since it is in a corner, and it may provide some additional storage space if there are corner cabinets.

In a 300-square-foot micro apartment, roughly 60 square feet will be kitchen area, and about 30 square feet will be the bathroom. That leaves only 210 square feet, roughly the size of a one-car garage, of living space (minus the closet, if there is one). So, you’ll have to get creative. For example, you might have a futon that does double duty as couch and bed (or perhaps a Murphy bed that folds up into the wall when not in use), or an ottoman that doubles as storage and serves as your coffee table.

Often used interchangeably, there are slight differences between studio and efficiency apartments. Usually, the kitchen is separated from the main living space in an efficiency apartment. It is often more compact than a studio kitchen with smaller appliances (a half fridge instead of a full-size fridge, for example, and a cooktop with a microwave or convection oven rather than a full-size range). It will likely have a smaller sink and less counter space, as well. For those who rarely cook at home and don’t have use for a full-size kitchen, an efficiency might be ideal since you’ll have a little more living space than in a typical studio.

One-bedroom apartments will usually have a separate kitchen, rather than having everything in one common space like a studio apartment. You’ll also probably have more closet space. Some one-bedroom apartments have the bathroom connected to the bedroom, which provides more privacy.

You’ll likely pay higher rent for a one-bedroom than you would for a studio, and you will likely need more furniture since you’ll have more space to fill. But if a separate sleeping area is important to you, choosing a one-bedroom might be worth it.

How to Organize a Studio Apartment

First, you’ll want to declutter. Get rid of things you don’t need or don’t want — that includes any oversized furniture that won’t fit in your new apartment. Look for smaller items, such as a loveseat instead of a full couch, a small bistro set rather than a dining set, or a futon rather than a queen-size bed.

Think vertically. Since some studios have high ceilings, most of your space might above your head. Shelves and tall bookcases will help you make use of that space, especially for items you don’t use often. Turn corners into usable space by getting some corner cabinets.

Make your furniture do double-duty. If you have a regular bed (rather than a futon or pull-out couch), utilize the space underneath by getting some under-the-bed storage bins. Look for hidden space throughout your apartment, such as under the couch or on the back of the bathroom door.

Instead of a coffee table, use a small storage ottoman or a footstool. These will take up less space while still giving you a place to set your drink or put your feet up. If it has storage space, you could put seasonal throw blankets, books, or other items inside to keep your apartment neat and organized.

To distinguish living spaces from one another, use area rugs, privacy screens, curtains, or furniture. Set a bookcase or trunk between the living and sleeping areas to help define those areas.

Your studio could quickly go from neat and tidy to looking disorganized if one or two things are out of place, so try to find a spot for everything.

If you decide a studio apartment is right for you, try filtering for them on Apartments.com. After searching by your desired location, click “Beds” underneath the search bar on your mobile device. Click the “No Max” box and choose “Studio.” Then start comparing floor plans to find the studio apartment of your dreams.